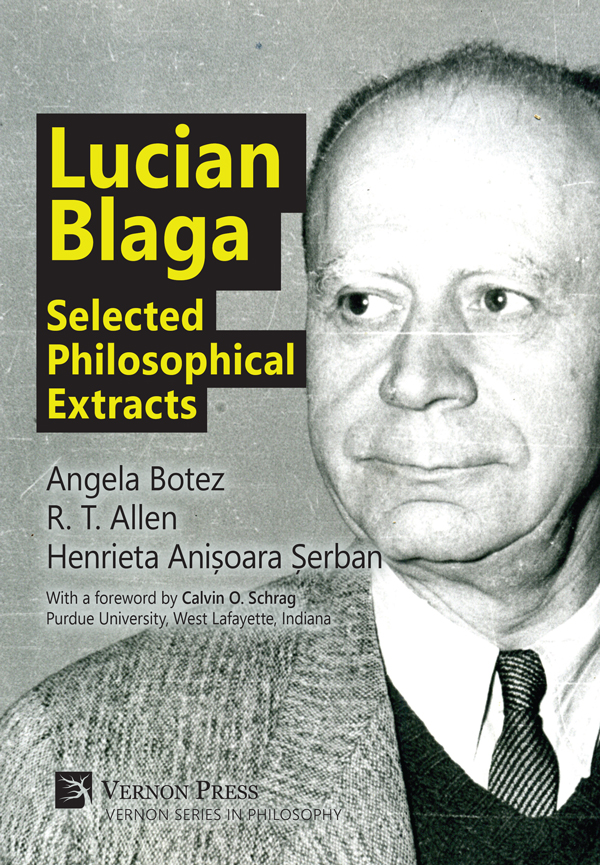 “Blaga is a significant voice within European philosophy from the inter-war years. Philosophy was at that time – as since – something of a battleground. Modernist sceptical Viennese voices (often in exile) were ringing loudly, whilst more personalist, metaphysical and religiously-informed voices such as those of Mounier in France, Macmurray in the UK, and Blaga in Romania, were less influential. Now, as modernist philosophy shrinks in influence, it is important to listen again to those philosophers who were providing critical alternatives well before modernism was ‘deconstructed’. The academic battles of the 1930s were political as much as philosophical, and the challenges of nationalism and of universalism are well represented in Blaga’s work. Avoiding the unapologetic extremism of Heidegger, whilst recognising the ways in which lives are embedded in traditions of religion and of place, Blaga provides a historicist metaphysics that is as lively and important in the twenty-first century as it was in the middle of the twentieth, one that not only admits but celebrates the mystery, crudely described by Rumsfeld as the known unknowns and the unknown knowns. This careful selection of writings, complemented by a scholarly introduction and notes, will help renew interest in an important philosophical and cultural voice.”

After the Editor’s General Introduction, the extracts include central elements of Blaga’s metaphysics, general epistemology, philosophies of science, history, religion, language and especially metaphor, the experience of space and time, art, and finally culture which includes all of them, especially the presence in all of ‘style’ and distinctive ways of practising them. All these extracts are linked by his general epistemology, especially his distinction between two types of knowledge: ‘paradisiac’ or Type 1, which is that of everyday awareness and the current methods, concepts and presuppositions of the sciences of nature and humanity, plus mathematics and philosophy, and accumulates in ‘plus knowledge’ and resolves problems in standard ways; and ‘Luciferican’ or Type 2, which opens up the ‘mysteries’ of new realms of reality which do not fit the current methods, concepts and presuppositions, and so results in ‘minus’ knowledge, the awareness that there are things which at the moment we cannot understand. For these ‘mysteries’ new methods, concepts and presuppositions are required, which ‘abyssal’ categories can supply, ones below those we normally employ and may be aware of. It is part of man’s role in the cosmos to reveal such mysteries. They are also linked by Blaga’s awareness of historical changes, especially ‘dogmatic aeons’ in which a prevailing framework of categories, etc., guides knowledge and research, and ones in which Type 2 knowledge dominates and new frameworks are eventually created. Each extract has its own Introduction which places it in the context of the rest of his interlinked philosophy.
They show how Blaga, with both general themes and concepts and also with particular examples, combines much of the concerns and methods of Analytic and Continental philosophy, and how his historical perspective applied especially to modern times long before anyone spoke of ‘postmodernism’, and thus as in his lifetime.